HelpSystems have just released version 6.3.1 of GoAnywhere MFT. There are several new features, as well as some minor bug fixes to the recent 6.3.0 release. This post summarises the changes that we think are important and are worth upgrading for.

HelpSystems have just released version 6.3.2 of GoAnywhere MFT. There are several new features, as well as some minor bug fixes to the recent 6.3.0 release. This post summarises the changes that we think are important and are worth upgrading for:

This is a feature that has always been missing from GoAnywhere MFT.  I can’t imagine that many people would upgrade for this, however. It’s more likely that this would be appealing to new customers with specific needs. For those that don’t know, AS3 (‘Applicability Statement 3’) is used for EDI transfers through an FTPS server, as opposed to the more commonly used AS2, which makes use of a web server. Unlike AS2, which can be synchronous or asynchronous, AS3 is always performed in asynchronous mode.

AS4 support is not commonly provided in other mainstream MFT applications, so this is quite an achievement for GoAnywhere. AS4 is a more adaptable and functionally capable than AS2, although less widely used. It uses web services to transfer messages, but the actual data payload can be embedded in the body of the AS4 message. Additionally, multiple payloads can be grouped into a single message, and messages may be pulled as well as pushed.

For more detail on the differences between the various types of Applicability Statement, please refer to the CFTP study guide. For those of you who don’t know, the CFTP – or Certified File Transfer Professional – is an online training programme. Users gain knowledge of file transfer concepts and technology, plus the capability to deliver secure and managed file transfer in their organisation. Find out about it at www.cftpcert.com.

Following the introduction of X12/EDIFACT translations in 6.2, you now have the ability to edit transaction sets. If you have already started using X12/EDIFACT, it’s worth upgrading just for this.

For international users, Dutch and Italian have now been added to both the admin and web user portals. German has apparently been improved too, although we have not validated this.

If you are using GoAnywhere MFT for EDI transfers, then this release will be useful for you. Otherwise if you have some outstanding issues, please review the list of fixes in this version shown in the release notes to check for specific fixes which may be applicable. 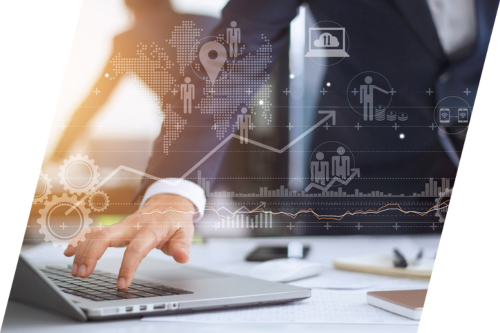 See how GoAnywhere can enhance your business processes with our free trial!